The Dwight D. Eisenhower Society celebrated its 50-year history as a nonprofit organization commemorating and educating the public about Dwight Eisenhower’s legacy on Friday evening, December 6, 2019 at the Gettysburg Hotel. Go to Photos

The evening began at 5:30 p.m. with a book signing by noted Eisenhower historian, Dr. William I. Hitchcock, and hors d’oeuvres during cocktail hour. The featured drinks were Ike’s Scotch and Water, Mamie’s Manhattan and Harvey Wallbangers, which were created in 1958. Conversation was lively as guests mingled between the book signing and the hors d’oeuvres while enjoying background music played by the Gettysburg High School String Ensemble.

Thanks to Our Sponsors: 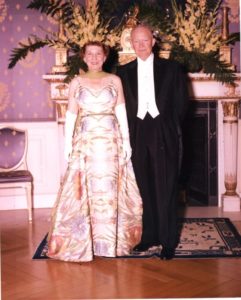 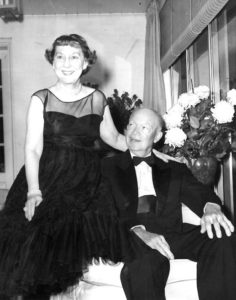 Mamie and Ike Enjoy a Night Out

Many thanks to all participants!
Your continued support is deeply appreciated!

Photo Gallery for Our 50th Anniversary

Ken, Tony and Sally await the start of the festivities. 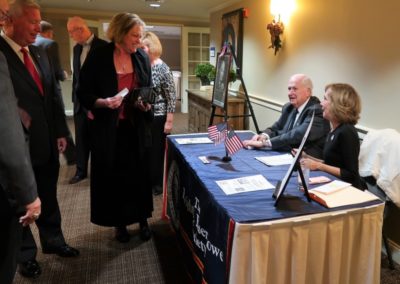 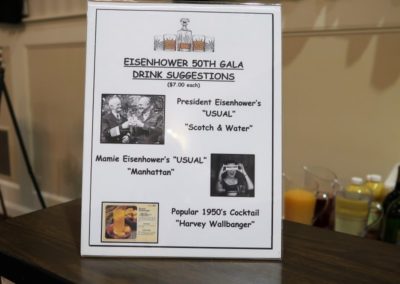 Featured drinks for the evening. 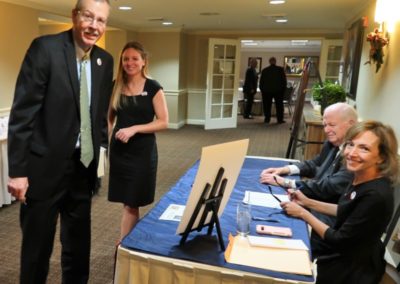 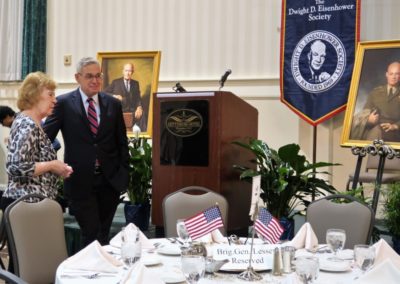 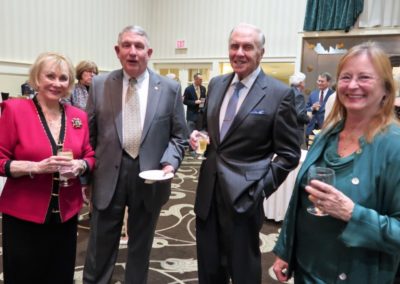 Priscilla, Bill, Ed and Karen catch up with each other.

Tony and Ken enjoy talking with Dr. Hitchcock during the book signing and cocktail hour. 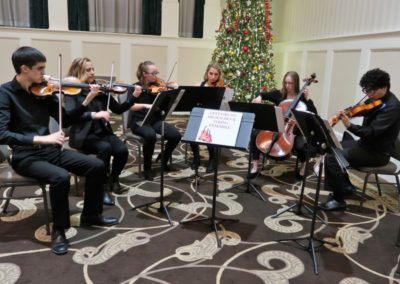 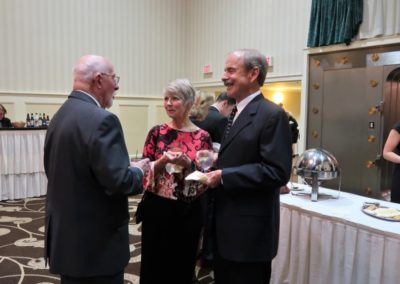 Kib talks with Wayne and Sue. 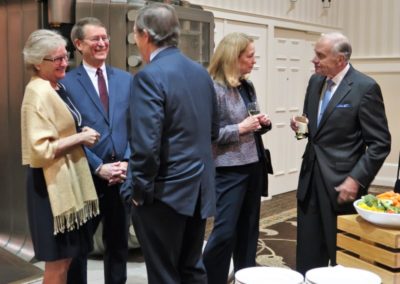 Marilyn and Bob chat with Charles while Susan Eisenhower talks with Ed. 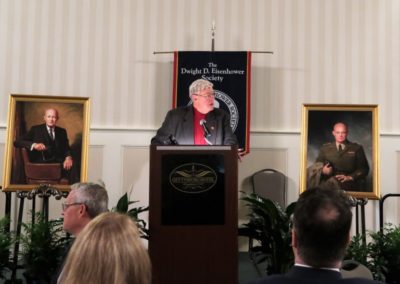 Michael, Will and Susan chat. 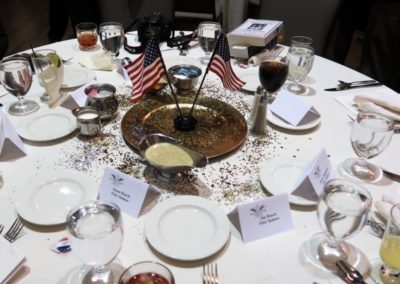 The tables were festive. 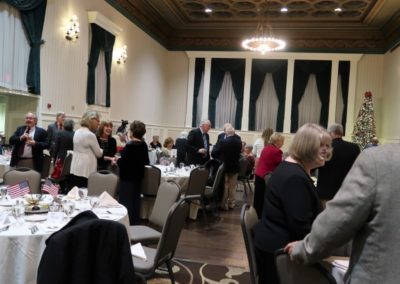 The Gettysburg Hotel ballroom was a lovely venue for the Gala Dinner. 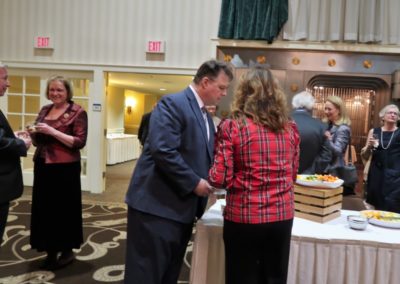 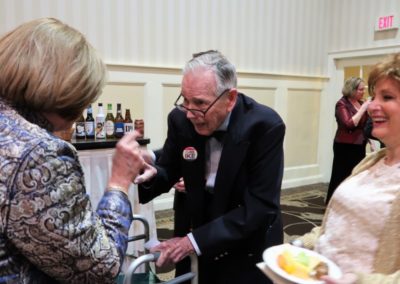 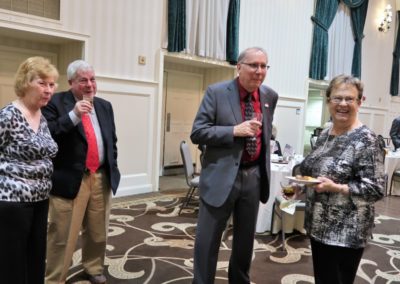 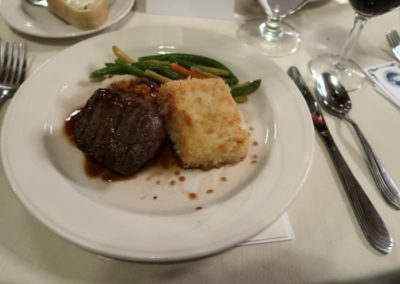 The Combination Plate of Filet Mignon and Horseradish Encrusted Salmon was delicious. Chicken and vegetarian entrees were also available.

Executive Director Carol Hegeman shares a brief history of the Eisenhower Society and recognizes descendants of our founders. 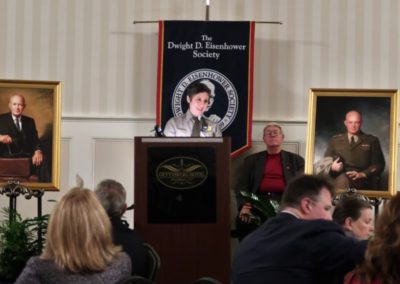 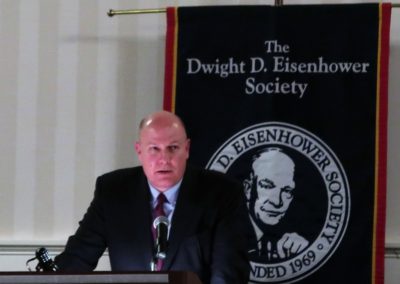 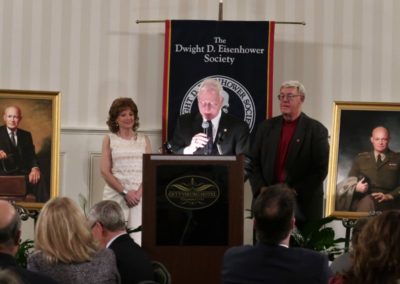 Secretary Ken Weiler reads a resolution recognizing Jacqueline White’s 29 years of service, 21 of them as president for the Eisenhower Society. 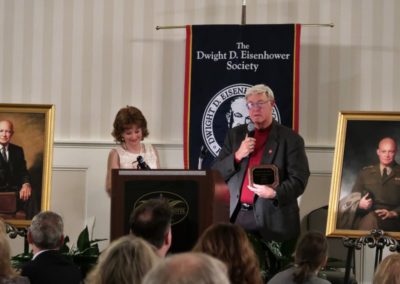 Walt Jones presents a plaque to Jackie White for her years of service. 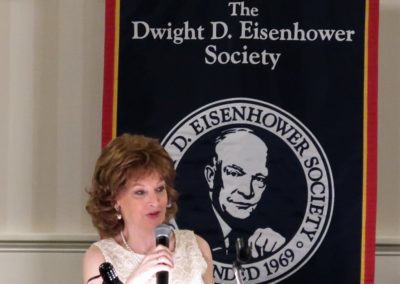 Jackie thanks everyone and reminds them she will still be on the Board of Trustees. 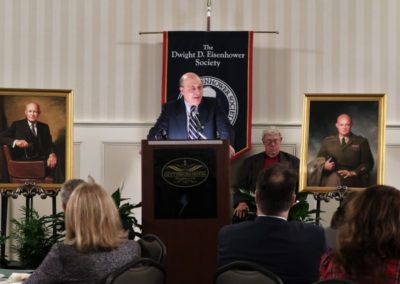 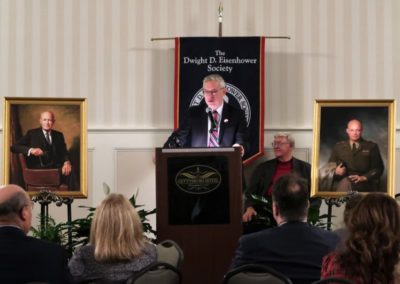 Dr. William I. Hitchcock speaks about Dwight Eisenhower’s philosophy and place in history. 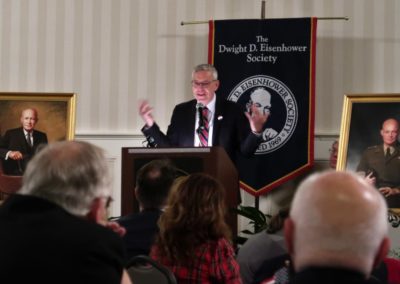 Hitchcock recounts why we need to remember Ike as an example of effective leadership.