Each October, on the Saturday nearest to October 14th, the Eisenhower Society recognizes Eisenhower’s accomplishments.  This commemoration gives us a chance to remember Eisenhower’s leadership as General and President and share that knowledge with others.  A wreath laying at the Eisenhower statue on the Gettysburg College campus also provides an opportunity for the Society to present scholarships to Gettysburg College students.

Afterward, attendees are welcome to the luncheon at the Dobbin House restaurant.  The buffet style meal is followed by a presentation by a guest speaker.  Each year we welcome an author or scholar to share an aspect of his or her knowledge about Eisenhower.  For information on this year’s speaker, see the registration page.

Our luncheon speaker was Dr. Michael S. Neiburg, Professor of History and Chair of War Studies at the United States Army War College in Carlisle, Pennsylvania. His published work specializes on the First and Second World Wars in global context. The Wall Street Journal named his Dance of the Furies: Europe and the Outbreak of World War I (Harvard University Press) one of the five best books ever written about that war. In October 2016 Oxford University Press published his Path to War, a history of American responses to the Great War in Europe, 1914-1917, and in July 2017 Oxford published his Concise History of the Treaty of Versailles. In 2018 he was awarded the Médaille d’Or du Rayonnement Culturel from La Renaissance Française, an organization founded by French President Raymond Poincaré in 1915 to keep French culture alive during the First World War. He is now at work on a book on US relations with Vichy France, 1940-1942.

Dr. Neiburg’s talk was entitled After the Beaches: Eisenhower and the Road to Paris.  He covered the controversies, most of them forgotten today, over America’s, and specifically Eisenhower’s, role in the liberation of Paris. 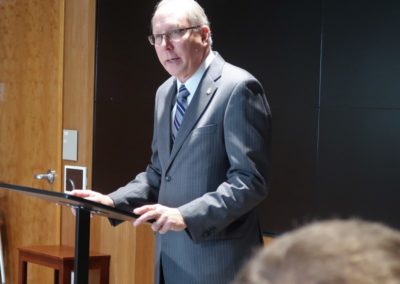 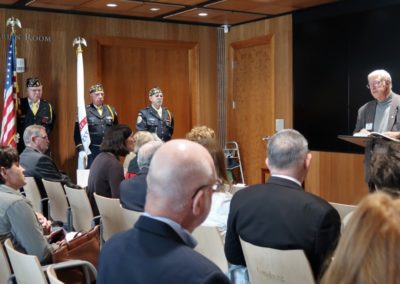 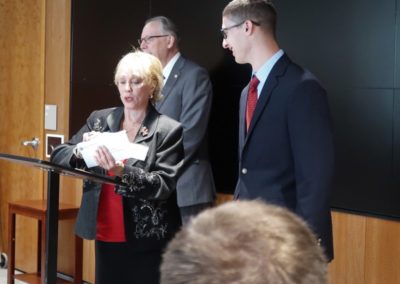 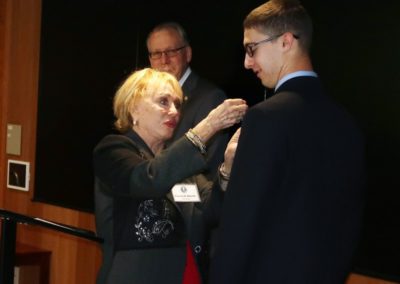 Priscilla Pins an “I Like Ike” Button on Kenneth’s Lapel 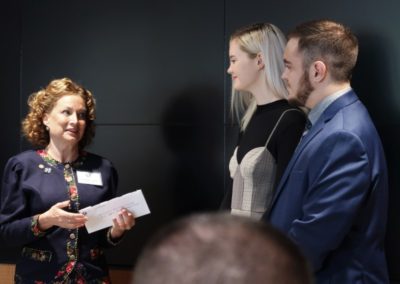 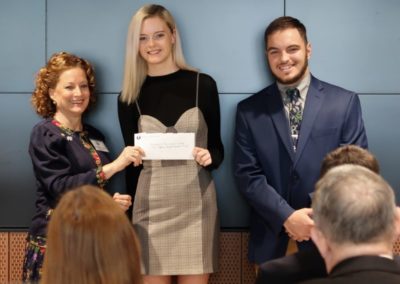 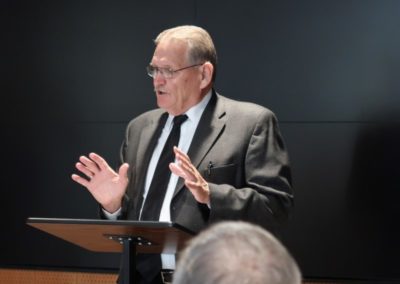 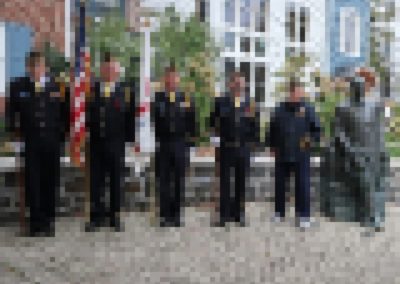 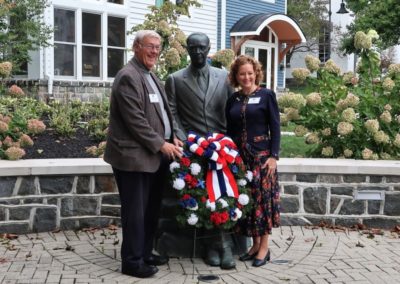 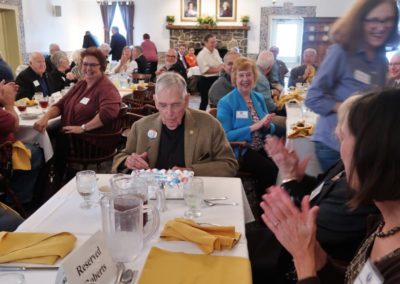 A Large Group Attended Lunch at the Dobbin House 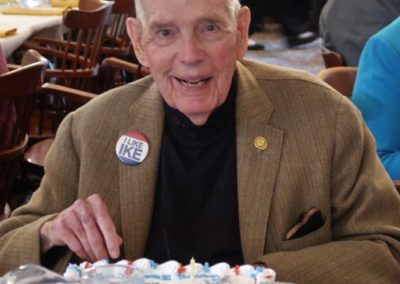 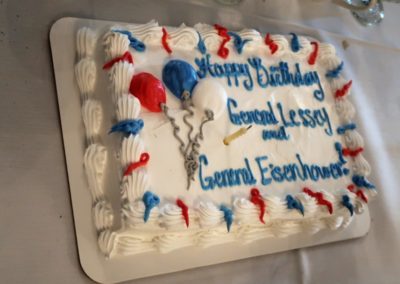 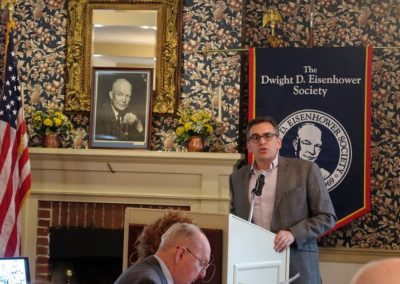 Our Luncheon Speaker Was Dr. Michael Neiberg, Professor of History at the Army War College 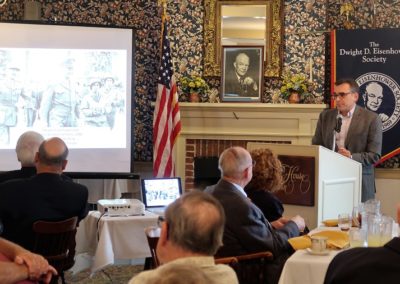 Dr. Neiberg’s Talk, “After the Beaches: Eisenhower and the Road to Paris,” Was Enjoyed by All. 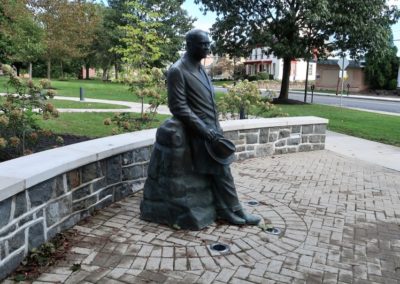 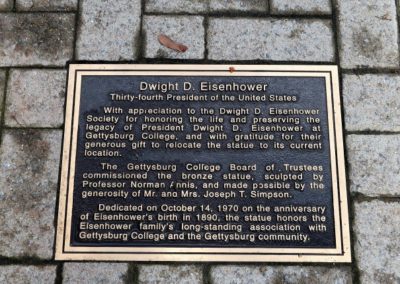 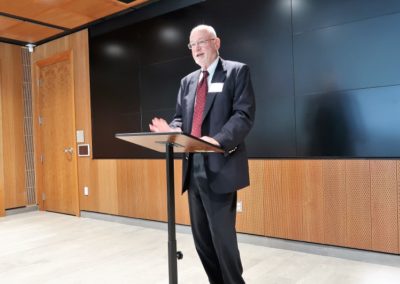 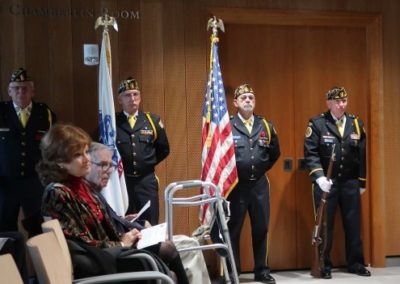 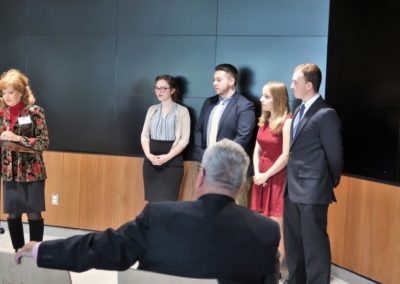 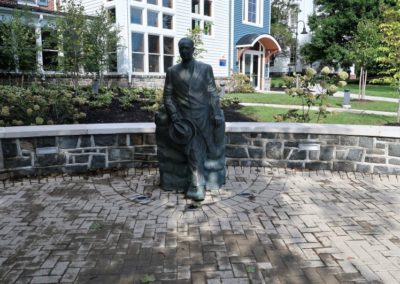 The Eisenhower Statue sculpted by Professor Norman Annis stands on its new plaza with landscaping. 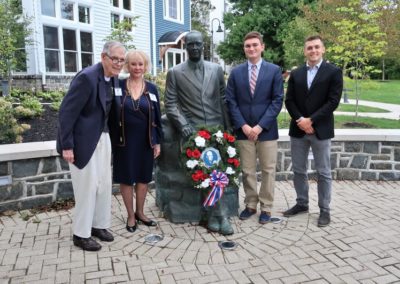 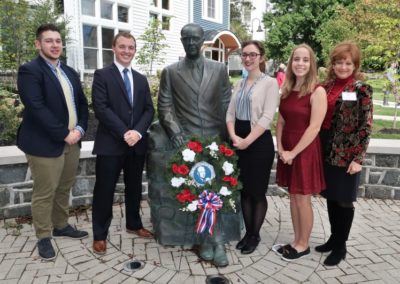 Dr. Ed Lengel shares stories of the Eisenhowers in the White House.