Looking to the Future

Since the beginning of the grant program in 1999 through 2020, over $903,000 dollars has been distributed.  Of that, $370,000 supported projects at the Eisenhower National Historic Site.  The Society hopes to expand its grant program by increasing its endowment. 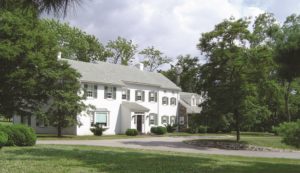 As a 501-(c)(3) non-profit organization, the Society celebrated its 50th anniversary year in 2019. It continues to pursue its goal of perpetuating Eisenhower’s legacy through its own educational programming.  We recently sponsored the 75th anniversary of D-Day Symposium and look forward to commemorating the 125th anniversary of Mamie Eisenhower’s birth. The Society plans to continue partnering with the National Park Service at Eisenhower National Historic Site, Gettysburg College and other Eisenhower legacy organizations by sponsoring programs and granting funds to support Eisenhower-related projects.